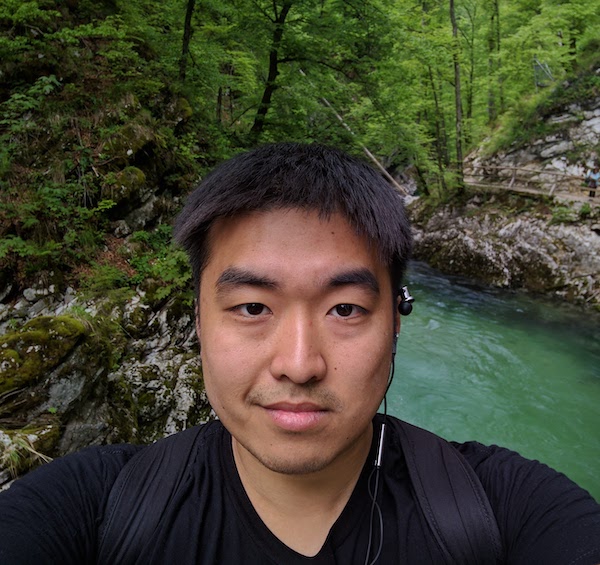 I like solving complicated problems with simple code. I've been working on Android apps professionally for years now and I still really love it. To keep myself sane I dabble in different projects and hobbies. While software engineers aren't always into hardware, I'm the type that follows advancements in tech and help build PCs for friends. Also.. I secretly aim to be the Gordon Ramsay for development teams.

I like to be involved with decision making by helping designers and product owners make choices, while also maintaining a healthy codebase and tackle problems. I can handle projects and decisions on my own but I'd rather work with a team where we challenge each other and help each other grow. I also have experience with recruiting other developers in my team and helping them grow.

I'm always open for oppurtunities! You can mail me here

At NOS I've been working in a very high performing team for a few years. We were very efficient, trusting, adaptable and fun! I've really enjoyed working here because our team had a great atmosphere. We worked on a team where we could build upon each other and help each other grow. We also got the time we needed to develop the best possible solutions.

Most of the work was constantly adding new features and improvements while maintaining the app at a very high crash free rate. Some notable work were big redesigns in the app, darkmode, search functionality, migrating tracking features. During bigger events like the Olympics, Tour de france and the FIFA world cup we worked on big sections in the app which were tailored for these events.

At NOS we had Lab days. Lab days were days where everyone from our department got to work on whatever we wanted and showcase to the others. One time during lab days I translated our articles we had in the app just to see how good this would work. I used Google api's and the result was decent. The next day my colleague came with the idea to read articles out loud. Since I already had a project that was translating articles I decided to change it to text to speech instead. We were so happy with these results that we decided to add this feature to the app.

Most of the work we've done was for the NOS news app which grew from 1.5 million device installs to 2.3 million devices during my time working here. One of the reasons our install base grew was by our work on the NOS instant app. Which I played a very big role in. I was in charge of setting it up and making it all work. It was a big success! We ended up writing some posts about it to share our story. Because instant apps was fairly new at the time, we also got featured on the Android developers site!

We didn't always have a scrum master in our team. This led to me and other team members to fill this role temporarily for a long time. Even without a dedicated scrum master we managed to handle it very well. I personally kept it fun by using special Retrospective formats. I invented a few formats including festival themed, minecraft themes and story diagram. I also introduced a hero themed format (This one I stole from a friend).

After being an intern for 6 months, I worked part time as an Android Developer at Oberon. After graduating in 2016 I started working full time here. While at Oberon I learned a lot about actually making production ready apps. Working with clients and teams really helped me grow quickly. My passion for Android development really started here. My colleagues at Oberon have been great friends and mentors to me. Therefore the people at Oberon hold a very special place in my heart.

This is where I got my BSc in software engineering, where it all started! During my time I've started learning about programming, UML, databases, networking, operating systems, algorithms & datastructures, design patterns and more..

I've done a pre-master as a minor during my time here. However I've learned the most from doing my internship at Oberon. This is where I started Android development and never looked back.

Merchant is a location based game that was originally developed in 2010. Throughout the years the game was only available on iOS. As a graduate project I've developed the android version using LibGDX and added a smartwatch app to the game.